I’m finding, for me, checking my portfolio apps everyday is helping my anxiety and fear. Unpacking my relationship with money and being broke.

Since part of this exercise is to become more comfortable talking about money and, by extension, improve my own relationship to money, let’s lean into this.

Until I was 30 years old my income had me seated just below, or far below, the poverty line as of 2021. My family income when I was a teenager would be considered upper-middle to lower-upper class, but my father had a fair amount of debt to contend with. Prior to that, my childhood, while my father was still active duty military, we were middle class and my parents tried so hard to put us in good schools and neighborhoods we could barely afford.

For my teenage years money felt like a burden. For my childhood I felt like I had the richest family ever.

From birth to adulthood, early childhood was my happiest and most content time.

I graduated college when I was around 25 years old, with over 100,000 USD in student loan and credit card debt. I could afford to pay for food and rent or make payments on debts, but not both. I ended up going back to school to keep the student loans in deferment; taking on more debt to avoid defaulting on the debts I had. I’ve never been particularly ambitious when it comes to money or advancing in a career; I’ve also never been particularly adept at writing résumés. With that said, I couldn’t just keep racking up debt the way I was.

I was attending graduate school when I was living in my car in 2010 around age 30; the homeless graduate student.

Luck struck me twice and I dropped out of graduate school with one class to go, which I failed twice for some reason.

The first stroke of luck was a recruiter calling me out of the blue for a gig doing content entry for an online content company. They paid almost 60,000 USD per year to have me copy content from documents and paste the content into online forms; this is when I really started reconsidering the whole value versus time trade when it came to money. A few months into that gig the second bit of luck struck.

My dad and I were talking one night and I remember telling him how I couldn’t get an interview to land a job. This was during the tail-end of The Great Recession and he said one of those unhelpful positivity lines: It’s the economy, son, no one’s hiring.

I still remember I was driving around the area surrounding the truck stop I slept at and said, “You know, I’m calling bullshit on that, pops. I apply to over a dozen jobs a day. People are hiring; they’re just not hiring me.” Then I just blurted out, “I’m living in my fucking car!” (Nothing against van life but there’s a difference between choosing it and there’s something to be said for tailoring the message to the audience to get through.)

The tone of the call changed dramatically and he asked, “You want me to get you an interview with the company I work for?”

I said, “I’m not really down for nepotism, pops.”

I said okay. The interview was scheduled. I paid to take a shower and drove to Virginia. I put on the suit I’d purchased some years prior; it was required for my public speaking course in college.

The panel interview went well; I didn’t get the job.

But apparently I impressed one of the panelists well enough that he decided I needed to work there and he got me an interview for a different job; friends to this day.

With a decade of being in poverty based on my own income and homeless for a year, I reflected a lot and was determined to not let my lifestyle creep—ever. Instead, I focused on being content with what I had.

It was like being a kid again. Back from the time when I felt like we were the richest family ever; only it was just me.

With that said, from an income perspective, I’m at the upper side of middle class. I became debt-free at the tail-end of 2020.

And, here we are.

While I know rationally these labels are positions in a hierarchy, things like lower and upper class frustrate me for their connotation.

Because I’m considering a new fund I’ve decided to add it to the spreadsheet and assign a target percent. So, while the balance is fine for the purposes of these entries, the index funds are out of balance for the portfolio. I need more in the mid-cap in the 401k and I need more in the regular total stock market fund.

Once I get the cost basis of each fund in the 401k to be around the same amount I’ll set the contributions to be split evenly between the three funds. Until then, I plan to continue shifting the gains from the large-cap to the mid-cap.

For the rest of the portfolio I’m going to keep putting money into the total stock market fund until it’s at the new balance targets.

Once those things happen I plan on looking at how the portfolio is distributed according to the Personal Capital chart and decide if the factor-based portfolio is worthwhile.

Right now the grid generated by Personal Capital is feeling more comfortable to me. With that said, it’s still a bit heavy on the growth side, which the multi-factor fund should help tilt. 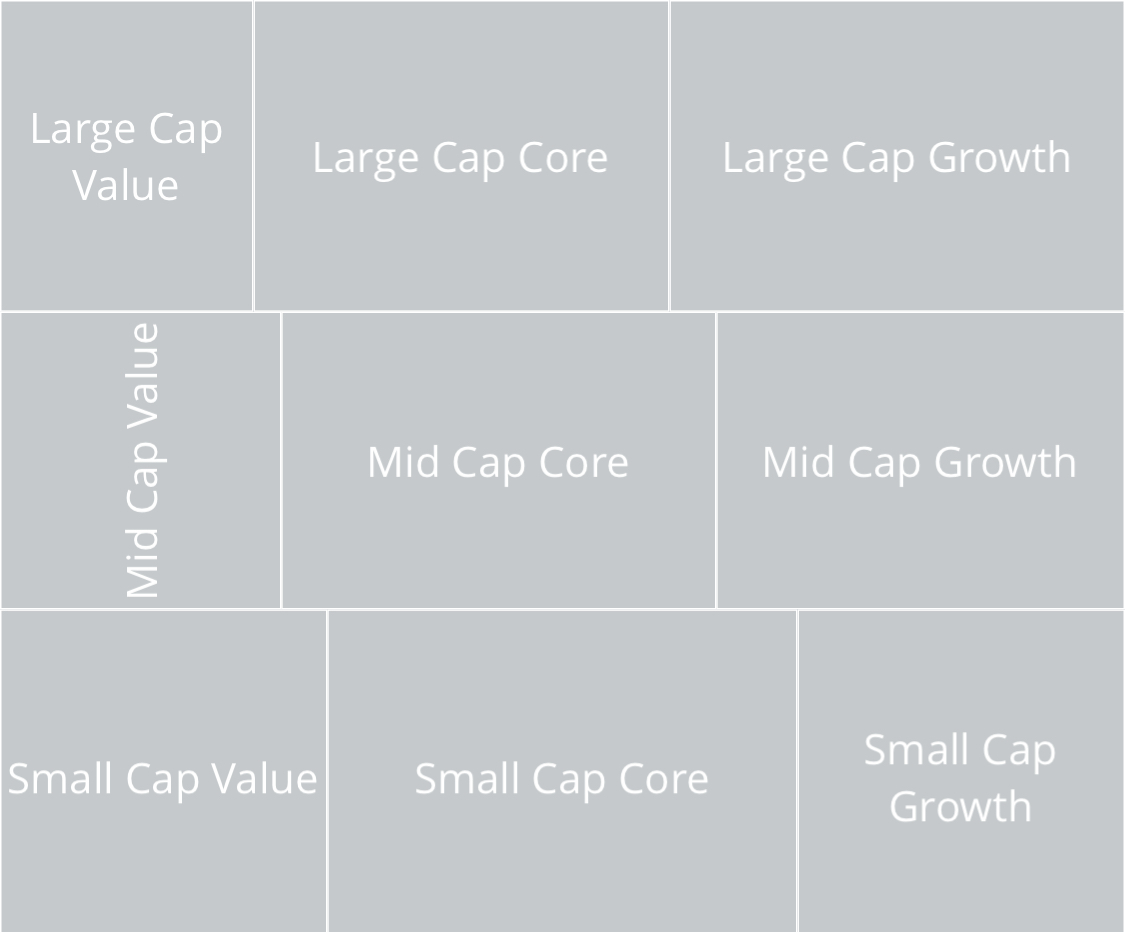 I will add, for the FI experiments, each portfolio variation except the all equities allocation has a rebalancing token available. According to my personal investment policy I have the ability to rebalance all of them except Mark 0. The next step is to wait until July, because that’s the earliest I’d be allowed to rebalance the portfolios according to the rules I’ve set for myself.

It’s worth noting that because I’m in the process of closing my M1 Finance account, I may not rebalance at all; choosing to withdraw the funds instead. I’m also not dollar cost averaging into the fund portfolios at the moment and won’t be rebalancing them, even if they have a token available. I may leave the account open for a little while longer for the purposes of the FI experiments, which are proving viable during this downward swing.

Part of the professional résumé writing experience is sending the résumé to a position. While I’m not actively looking, I am participating in the process; more of a passive thing.

I’ve hired two different professional résumé writers and signed up for a webinar where we’ll learn how to improve our résumés.

For the purposes of experimentation I started both professionals from the same original résumé.

The first résumé came out as a more functional, one-pager. It has some graphic elements and some of my personality in the copy. It does have the chronological elements with one story for each engagement over the last decade.

The second one came out as a more standard, two-pager. It’s simple, with a clean layout and fair amount of white space.

The second professional also helped me with the LinkedIn profile.

I learned a lot about my own limiting beliefs regarding a résumé from both professionals.

Using the one-pager résumé I applied to a position that has me written all over it. I used the second resume to apply to the top gig I sent to that professional.

The day after updating the LinkedIn profile two recruiters reached out to me. I followed up with both and the first requested a résumé; I sent the one-pager.

This has never happened to me.

For the position I applied for with the two-pager I haven’t heard back yet, but it’s only been a couple of days.

Really appreciating the first company a great deal and had a lot of fun at the interview.

To be fair, in the process of tracking the experiment, I was introduced to someone at the first company; however, I have instances in the past where even that didn’t actually get me an interview. In one case (in 2022) I did a pre-interview before submitting my old résumé; after submitting, the feedback received was that if the pre-interview hadn’t taken place and the person didn’t tell the recruiter about me, I never would have made it to a phone call—I didn’t get that job and I didn’t get an interview from a follow-up attempt a month or so later.

The webinar was helpful and is based on the concepts of Start with Why by Simon Sinek.

As this relates to finances, the expense was definitely a hit to my purse. However, given my 20 year history of submitting résumés the investment has already paid dividends in improved mental health.